Floating gracefully across a clear sky, whisked along by a summer breeze, an almost romantic notion to be as free as a bird and explore the skies.

The first ever balloon flight, in 1783, relied upon a paper balloon invented by the Montgolfier brothers, who owned a paper mill. With an open fire for the hot air required for lift the burning embers threatened to engulf the balloon. Health and Safety wasn’t a factor back then, but the pilots decided to put the fire out and land when they noticed the paper was getting scorched! Modern hot air balloons are far safer of course, with nylon being first used for a hot air balloon in 1960, but the history of balloons goes back even further with the early Aztecs using balloons made from pig bladder or cat intestines, shaped to resemble an animal and used as a sacrificial gift to their gods. Humans, it would appear, have loved balloons for many centuries and in our time the common party balloon is a popular choice for any celebration.

The original rubber balloon was invented by Michael Faraday in 1824. Yes – he who invented the Faraday Cage also made balloons for his experiments with hydrogen, noting how they would expand to be almost transparent. A year later, Thomas Hancock invented the latex rubber party balloon. Hancock is notable for being the man who founded the British rubber industry. A self-taught engineer, he is also the inventor of the Masticator, a machine designed to shred scraps of rubber which could then be used to form blocks and sheets of rubber, allowing those scraps to be recycled. Vulcanisation, a process which uses sulphur to harden the rubber, was used in 1847 when J.G. Ingram of London manufactured balloons that were not affected by temperature, the precursor to the modern party balloon.

People of all ages love a good balloon. Whether it is to celebrate a birthday or a special occasion, balloons have been a party must-have for many years. They can be in many colours, shapes and sizes. They can contain glitter and other things to make them rattle and sparkle and they can be absolutely horrendous when released into the natural world.

The pictures here show the kind of things one might find inside a balloon. These metallic looking discs were found during a 2020 beach clean on the Jurassic Coast, alongside the remains of the balloon and other party paraphernalia. 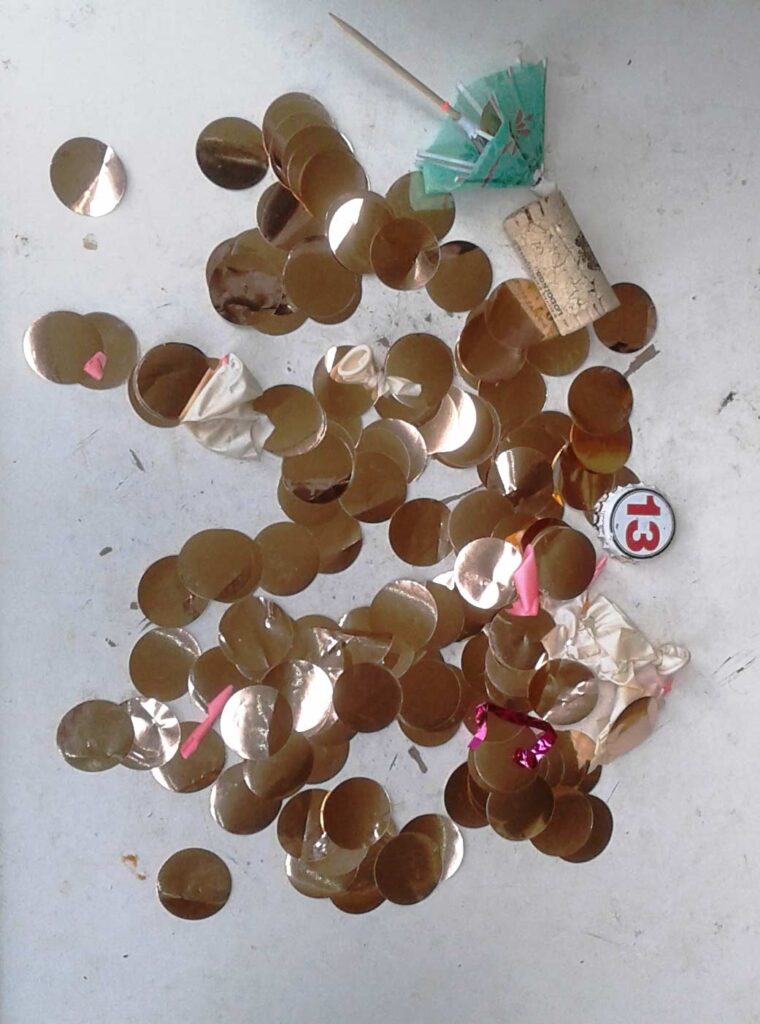 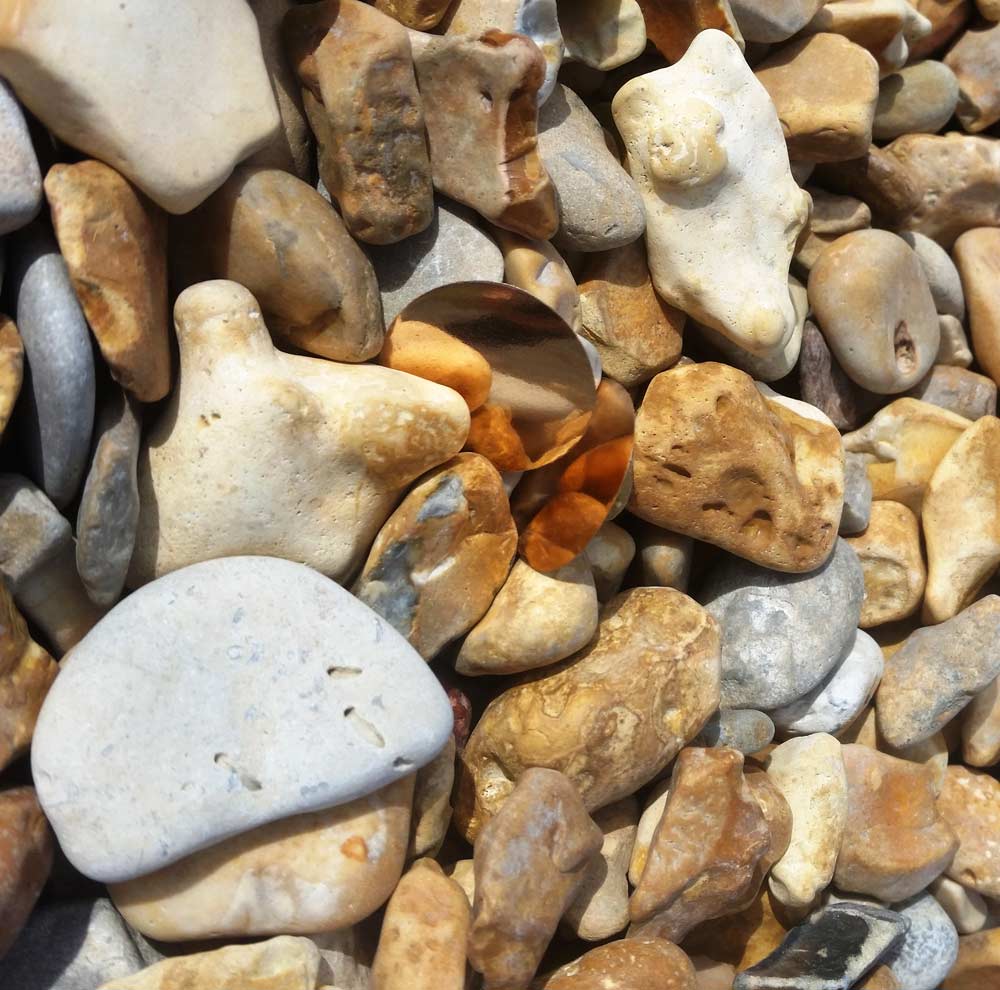 The balloon had burst, spreading so many of these discs onto the beach and, as you can see in the picture, they were hard to spot amongst the shingle and there may well still be some around now, possibly in the sea too.

The lack of forethought by the manufacturer amounts to negligence – filling a balloon with shiny things was, realistically, only going to end one way. Who knows how many birds or animals ingested some of it. This is just one single example though. Balloon remains are often found in the environment and something needs to be done to stop this happening.

As with all plastics, they never completely breakdown and disappear. The strings and ribbons attached to the balloon can cause animal and bird entanglement and small pieces of balloon can be ingested, causing blocked airways. It would be easy to say that we should ban balloons completely for the sake of the environment, but that isn’t necessarily the answer.

Chinese Lanterns, balloons released ‘in memory of’, disposable latex gloves and even latex condoms – they all have an effect on nature. Could they be made from a different product – one which does break down naturally without causing harm? Whatever the answer is to that question, the first thing we need to do is educate. We have to show why these party accessories are a problem for nature and we have to ensure people take more care and thought about their actions when using them and disposing of them afterwards. 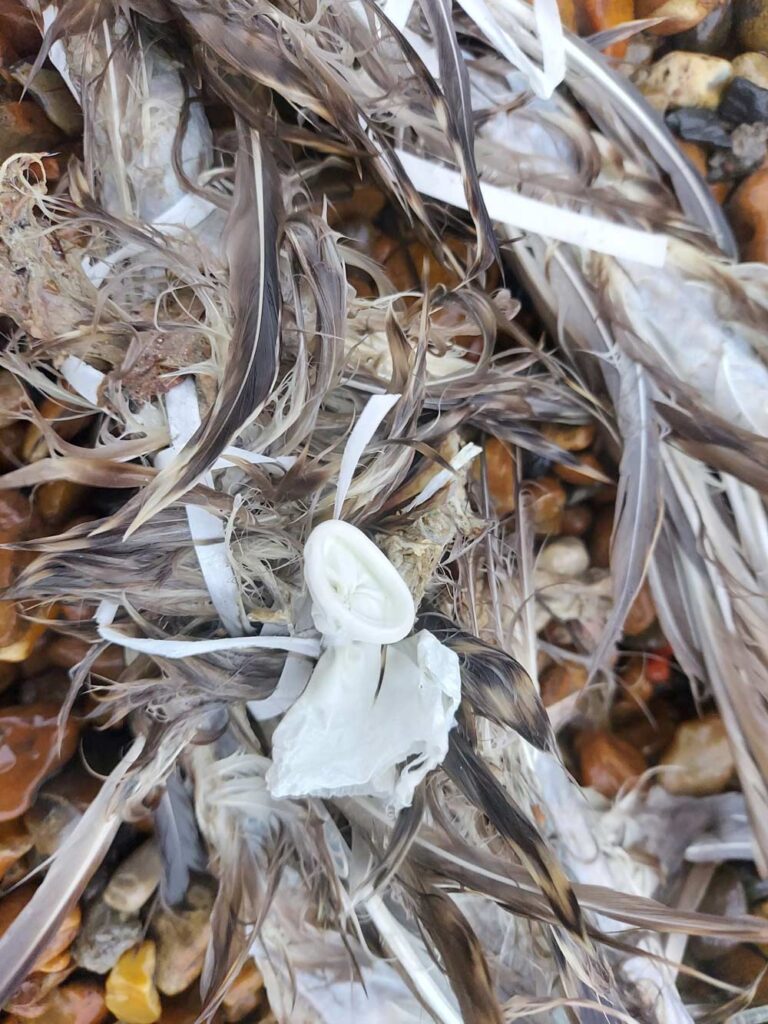 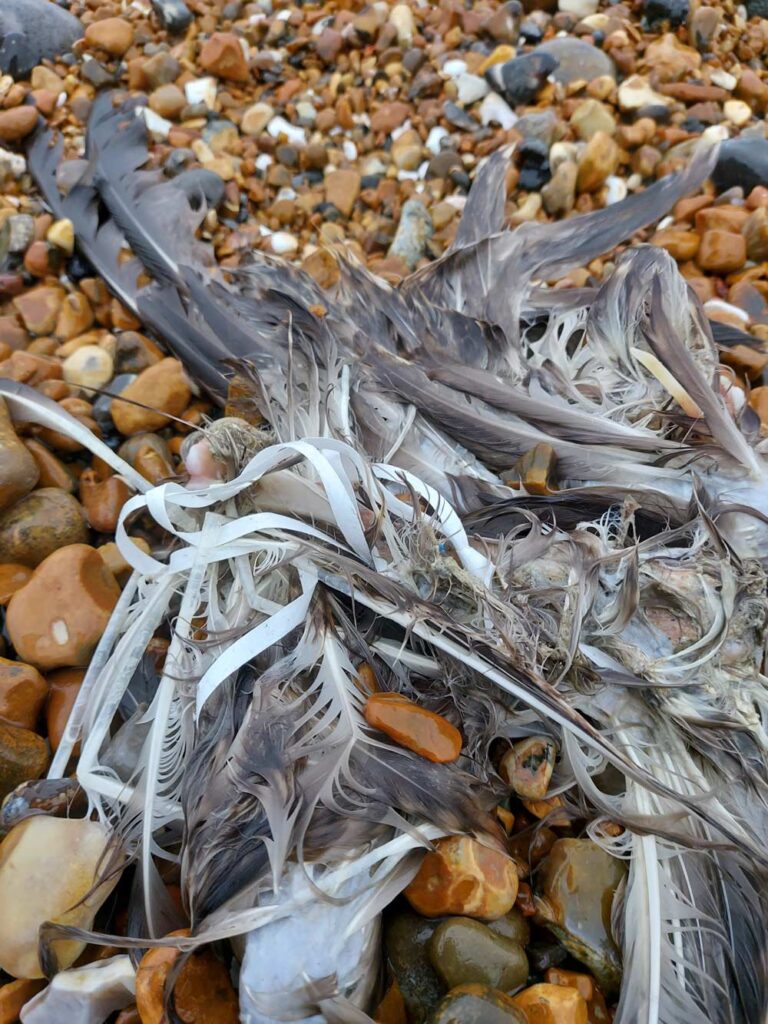 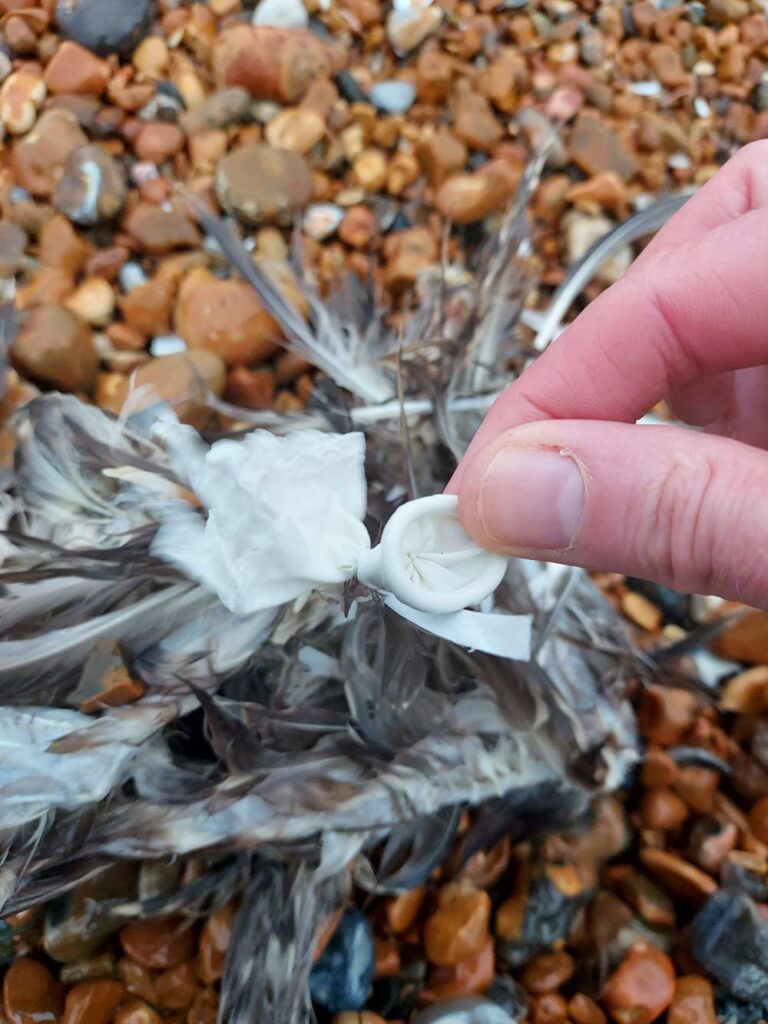